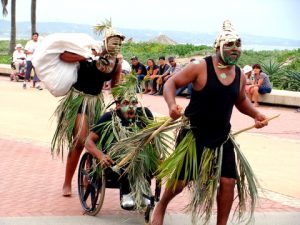 The year starts with the Twist community groups at the annual Fresha! Theatre festival, where they are given the opportunity to perform in a vibrant, free, outdoor theatre festival on Durban’s beachfront. The festival also allows for growth and learning through the attendance of workshops and other performances. 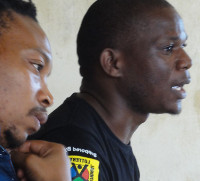 The Twist groups work with an artistic mentor who is a recognised South African theatre maker, to develop new work.  This work is then performed at festivals and in their communities later in the year. This mentoring process allows groups to experience new ways of working as well as building their own play-making skills. 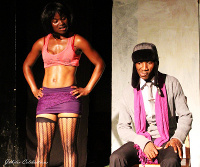 This is a three day festival hosted in partnership with Wushwini Arts Centre. The festival is aimed at theatre created by and applicable for young people, and incorporates skills workshops as well as performances. 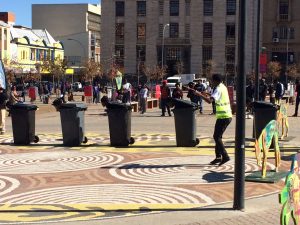 Twist links community theatre practitioners with this annual arts festival in Bloemfontein, where a group is selected to perform as part of the Public Art Project of the festival.

Twist links community theatre practitioners with this annual arts festival in Hilton, where  groups perform as part of the free outdoor performances, and attend workshops and other shows. 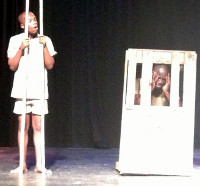 The Twist community groups perform their new shows for their own community. This production is an essential focus of the project looking at local issues of concern. It is the responsibility of the groups to present their show at least twice in their own community, and one further performance that allows them to get exposure further afield. 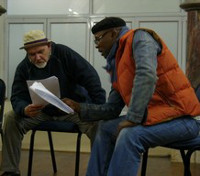 This project focuses on adapting a novel for theatre and building the skills of mid-career theatre writers. The workshop provides intensive mentoring and coaching for developing writers and provides a platform for the writers to publically show their work and build their profile. It involves exchange with partners Savannah Trust from Zimbabwe, and Mahambe Theatre from Mozambique. 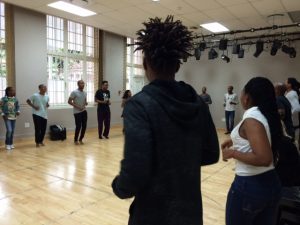 Twist partners with The Drama Studies Departments of the Durban University of Technology (DUT) and AFDA Durban, and hosts exchange workshops between students and the Twist groups.  Students from both DUT and UKZN Drama work with scripts from the Twist groups in their practical acting and directing projects. 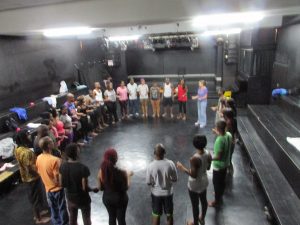 Throughout the year, Twist hosts workshops for members of the Twist groups as well as other young professionals in KZN. These workshops focus on arts administration, acting conceptualising new work and theatre directing.  Workshops are often hosted by partner organisations and festivals around KZN. 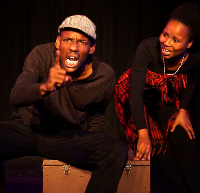 The Isigcawu Festival is hosted at the Ekhaya Multi-Arts centre in KwaMashu by K-CAP. The festival focuses on community arts, and the Twist groups showcase their work to other community-based groups from around the KZN province.

Twist works with the community groups to develop work based on the school curriculum for performance in and around their own communities. This often results in income-generating opportunities for the groups.

The end of each cycle concludes with a project evaluation and wrap-up process, and groups graduate from the programme after two years.